The action in this video centers on events involving the workers of a closed institution, housed in the building of a former museum. We find the staff performing their primary duties, which require strict adherence to the rules. Their labor remains off camera, giving the impression that perhaps they aren’t actually doing anything at all, rather just stabilizing the system through their mere presence alone. Everything runs smoothly, up until the point where the operation of this well-oiled machine is interrupted by the actions of one of the heroes, who, instead of fulfilling his responsibilities, follows his desires. 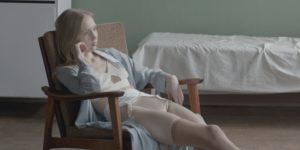 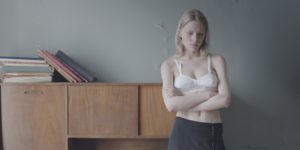